Governor Ducey issued a statewide nightly curfew from 8 pm to 5 am through Monday, June 8. Find more information from the Governor’s Office HERE 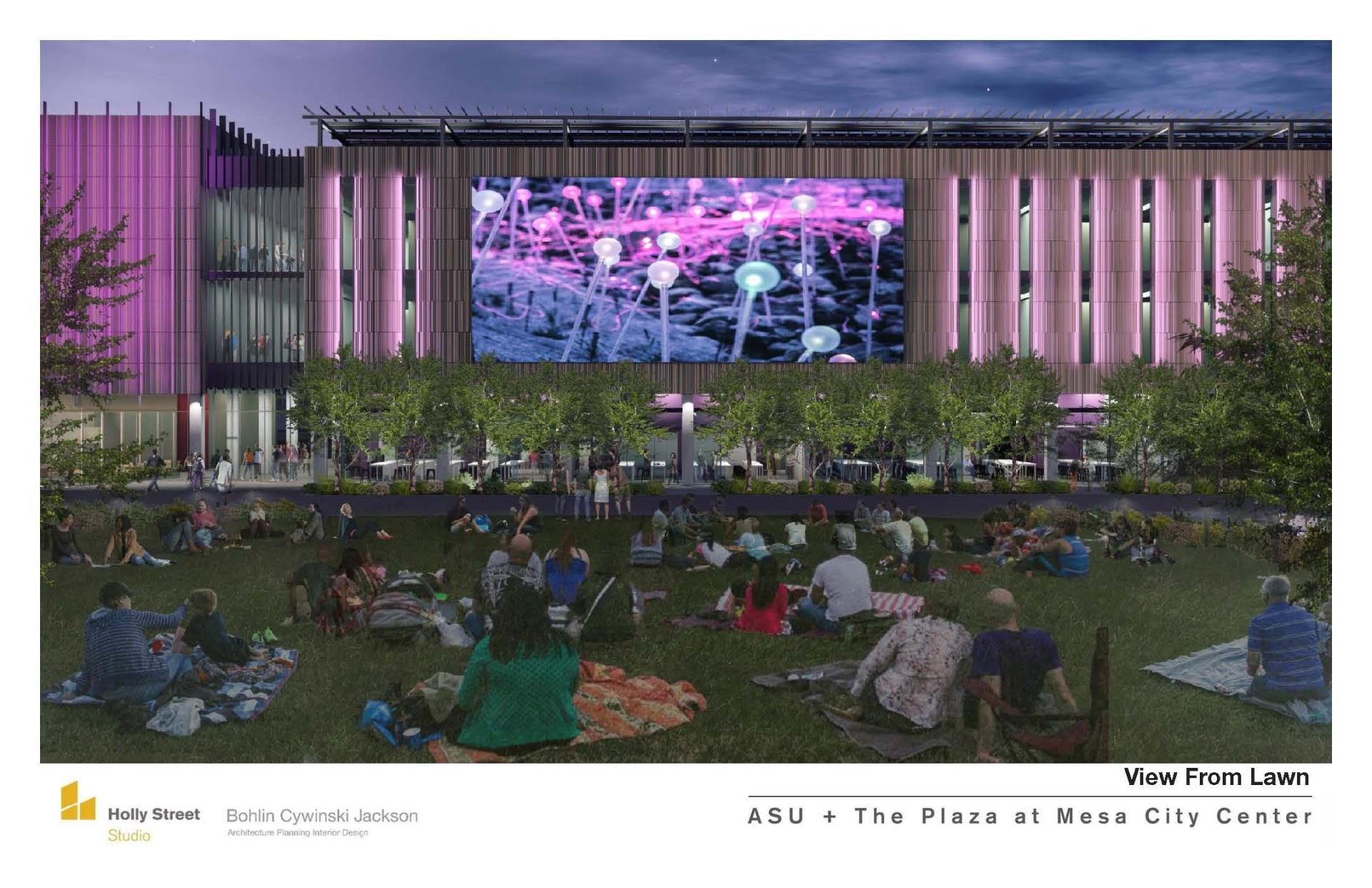 ASU @ Mesa City Center is a three-story, approximately 117,795 square-foot academic building, located at the northwest corner of Pepper Street and Centennial Way, that will house programs offered by the Herberger Institute for Design and the Arts related to digital and sensory technology, experiential design, gaming, media arts, film production and entrepreneurial development and support. These programs will utilize augmented reality, virtual reality and 3D modeling and visualization to develop technology with the potential to impact industries as diverse as health care, aerospace, manufacturing and entertainment.

The new building is expected to be open to more than 750 students and faculty for the Spring 2022 semester. The ground floor will contain a large exhibition gallery, screening theaters and a social café. The upper floors will include a mix of production studios, fabrication labs, flexible classrooms and innovative spaces for collaborations with community and industry. Unique to this building will be a 2,800 square foot enhanced immersion studio where users can create augmented realities and map virtual spaces onto physical environments.

In addition to the primary academic programs, a number of co-curricular programs are planned to amplify the student experience and connect the facility’s programs to the larger innovation district. So far, those programs include Entrepreneurship + Innovation and FilmSpark.

Both projects are progressing through the pre-construction stage which consists of design, cost estimates, schedule and phasing. The last step of pre-construction is determining a Guaranteed Maximum Price, which will be brought to council for review and approval later this year.

The project team includes Holly Street Studio and Bohlin Cywinski Jackson as the design team of architects and planners as well as DPR Construction as the Construction Manager at Risk for both projects.

Examples of projects from this design and construction team include:

Along with the ASU building, the City is designing Mesa City Center as part of a burgeoning downtown innovation district. The first phase is made up of a 2 acre gathering space called The Plaza @ Mesa City Center and an adaptive reuse of Mesa’s first library at the southwest corner of First Street and Centennial Way into The Studios @ Mesa City Center. The Studios will allow the collision of ideas between industry leaders, entrepreneurs, students and the public.

The design phase for these projects is underway.