Audit findings and recommendations are reported to the Council Audit, Finance & Enterprise Committee and posted on our Web site

Consulting
Consulting encompasses a wide array of non-audit services, including but not limited to:

Consulting services may or may not result in formal reports, but findings are always reported to management.  When appropriate, findings may also be reported to the Audit, Finance & Enterprise Committee. 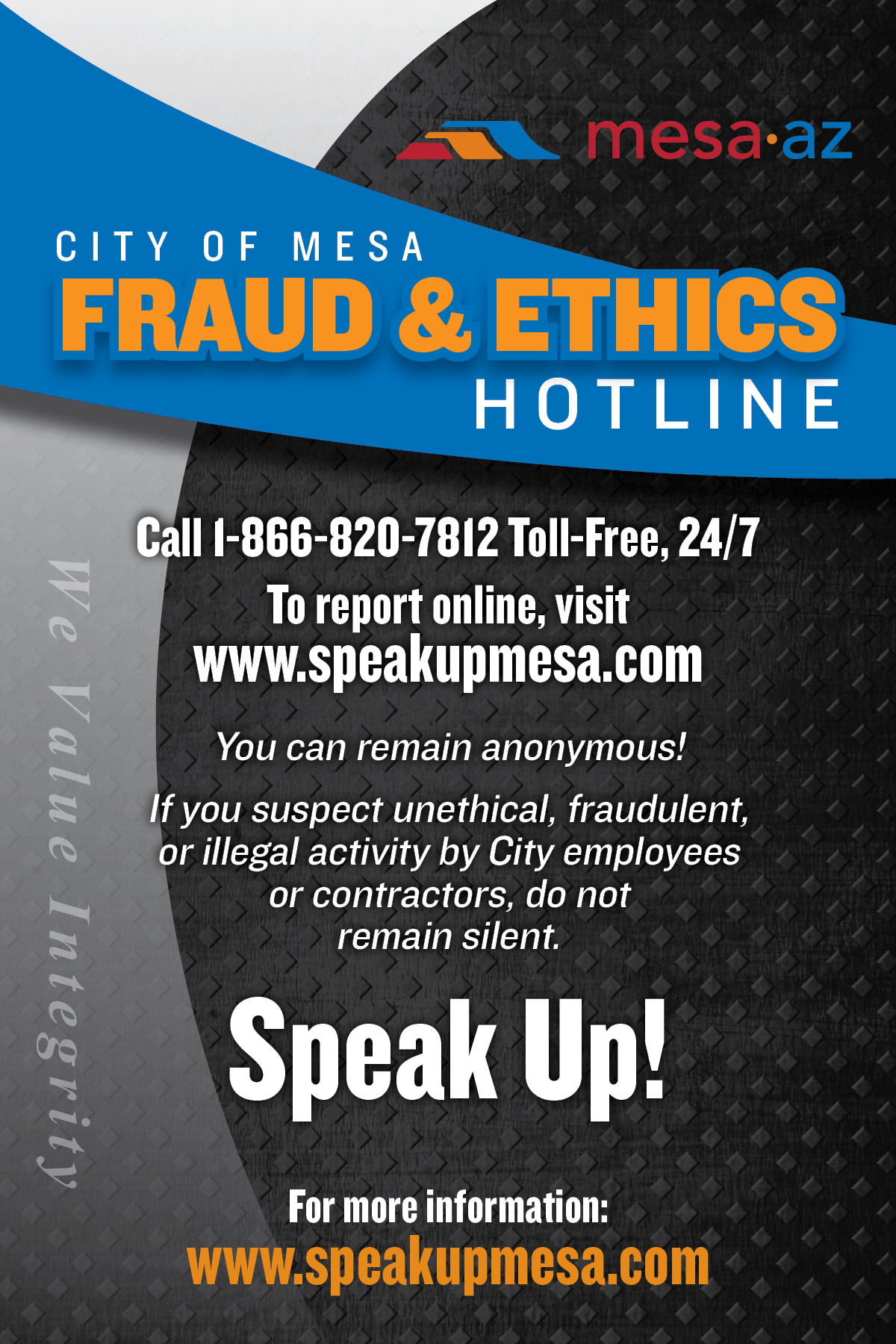 The City Auditor is responsible for ensuring that all reports received through the City’s Fraud and Ethics Hotline are adequately investigated. However, we also investigate allegations that come to us directly. Administered by a third-party, the Hotline provides anonymity; however, direct reporting is often more effective in that we are usually provided with more complete information. Given this fact, we pledge to honor all requests for anonymity to the extent allowable by law.

How we decide what to audit

Each fiscal year, an Audit Plan is approved by the City Auditor, City Manager, Mayor and Audit, Finance & Enterprise Committee. The Audit Plan is developed based on a combination of many factors, including but not limited to the following:

The City Auditor is appointed by the Mesa City Council and is organizationally independent of City operations. This independence enables us to perform audits and report findings with uncompromised objectivity.