Office of the Mayor & Council

To decrease COVID-19 exposure, the City Council Chambers is closed, but public participation and viewing will be available electronically.

Mesa operates under a charter form of government with citizens electing a mayor and six councilmembers to set policy for the City.

Mesa's councilmembers serve terms of four-years, with three members being elected every two years. The mayor is elected at-large every four years. The mayor and council are elected on a non-partisan basis. The vice mayor is selected by the City Council.

The Mesa City Council believes that its people, not leaders, are what makes a City great and actively works to encourage citizen participation in the decision-making process. Whether it is through neighborhood meetings, advisory boards and committees, telephone calls and letters, or email, the Mesa City Council sets policies based on the input and needs of its citizens. 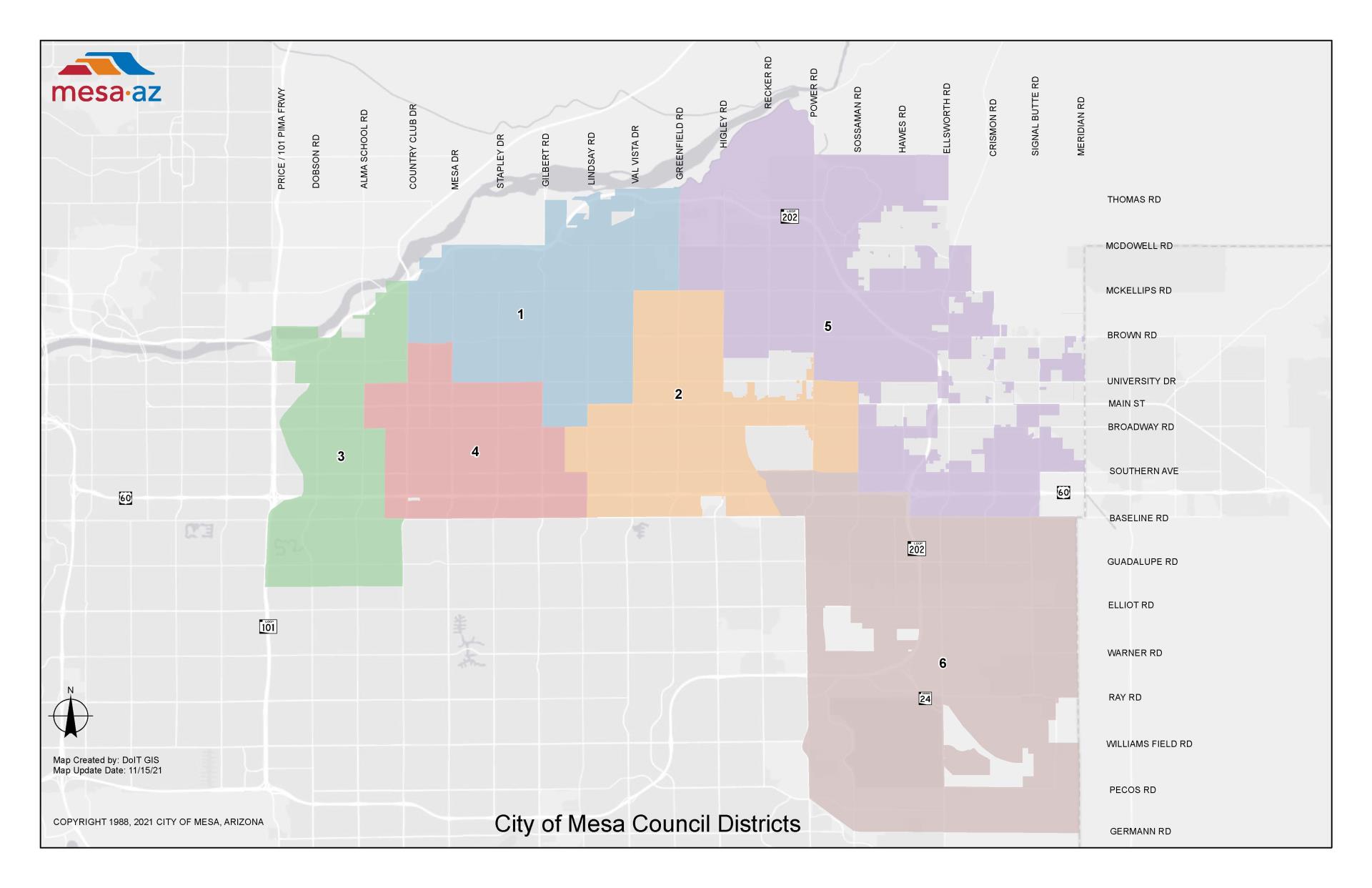