The Mesa Police Department Human Exploitation and Trafficking Squad (HEaT) has been established to combat the rising activity surrounding sex trafficking within the City of Mesa.

HUMAN TRAFFICKING IS A CRIME UNDER THE UNITED STATES LAW

The Trafficking Victim Protection Act (TVPA) passed in 2000, served to broaden the definition of trafficking to include a wide array of exploitation, defining severe forms of human trafficking as: 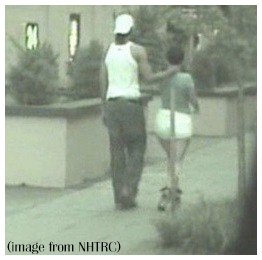 Who are the Perpetrators of Human Trafficking?

Perpetrators of Human Trafficking under both federal and state law are those who:

Traffickers are reaching more victims and customers by recruiting and advertising online. Social media and internet enabled devices including cell phones have allowed traffickers to reach our children, vulnerable teens and adults. It has also allowed traffickers to expand the customer/demand base that increases the profit and fuels human trafficking.

The internet is the biggest platform that traffickers, johns, and pimps use for purchasing and selling their victims in the United States. The women and children advertised online for commercial sex appear as if they are working independently, however more often than not, they are actually victims of human trafficking.