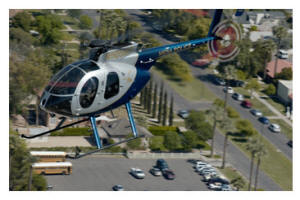 The Mesa Police Department's Air Support Unit began as a fixed-wing only program in 1986 on a part-time basis. During the initial startup of the Air Support Unit, qualified rated pilots from within the department supplied transportation and surveillance services. Today the Air Support Unit utilizes Certificated Flight Instructors within the unit to train new pilot candidates and maintain pilot currencies and proficiency checks in accordance with FAA regulations.

In January of 1994 the department leased two McDonnell Douglas 500E turbine helicopters and the Aviation Section began full-time operations. The helicopters were eventually purchased by the department. A third MD500E helicopter was added to the fleet in May 2003. Since 1994, the section has flown nearly 50,000 Accident/Incident free flight hours. This represents the Aviation Section's commitment to enhanced safety, efficiency, and service to patrol, fire personnel and the citizens of Mesa. Those hours were spent supporting every facet of law enforcement, as well as the aviation needs of other city departments. 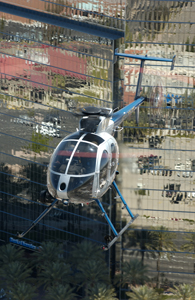 Mesa Police helicopters average nearly 8 flight hours per day, seven days per week, and answers an average of 18 calls each day. Each year the helicopter proves to be an invaluable law enforcement tool, and its average response time to a scene is 54 seconds. The Aviation Section, since employing the helicopter, has assisted in recovering nearly $18,000,000 in stolen property and in locating over 600 missing persons (most of whom have been lost children).

The helicopter is flown at an elevation of approximately 500 to 700 feet AGL (above ground level). This makes it easily visible to everyone. The onboard public address system, the searchlight and the infrared camera system are only used during investigations of criminal activity or while searching for missing persons. The Mesa Police Department's Air Support Unit understands the importance of noise control. Therefore, if the helicopter is in your area, there is a valid reason for it to be there. They respond individually to every call they receive from private citizens regarding the presence of the helicopter.

Today, the Air Support Unit is based at Mesa's Falcon Field Airport. It consists of eight full-time helicopter pilots, who are also proficient Tactical Flight Officers, seven part-time Tactical Flight Officers (all of whom are Mesa Police officers), two mechanics and one civilian Air Support Unit Administrator. Six of the Air Support Unit's helicopter pilots are also licensed fixed-wing pilots. Both rotor- and fixed-wing programs are continuously being improved with safety and efficiency in mind.

The Air Support Unit continues to work toward the overall Mesa Police Department goal of excellence within the community and a dedication to deliver the best possible service to its citizens. 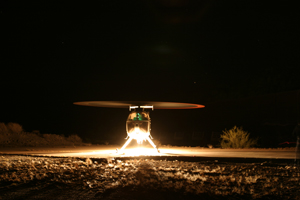 If you would like more information regarding the application and hiring process for a Mesa Police Officer, please visit www.mpdjobs.com.

Thank you for your interest in one of Mesa's finest law enforcement tools.